I'm very excited to reveal both the title and the cover for Tiger Shifters #2!

But first, I just want to say, again, thank you so much to all of you who have taken a chance on the Tigers. I so appreciate your support. Thank you to everyone who has bought the book and a very sincere thank you to those of you who have posted reviews, good or bad, so that other readers can decide if this series is something they'd be interested in reading. Thank you!

Now, without further ado, here's the cover for Tiger Shifters #2 ALONG CAME A TIGER 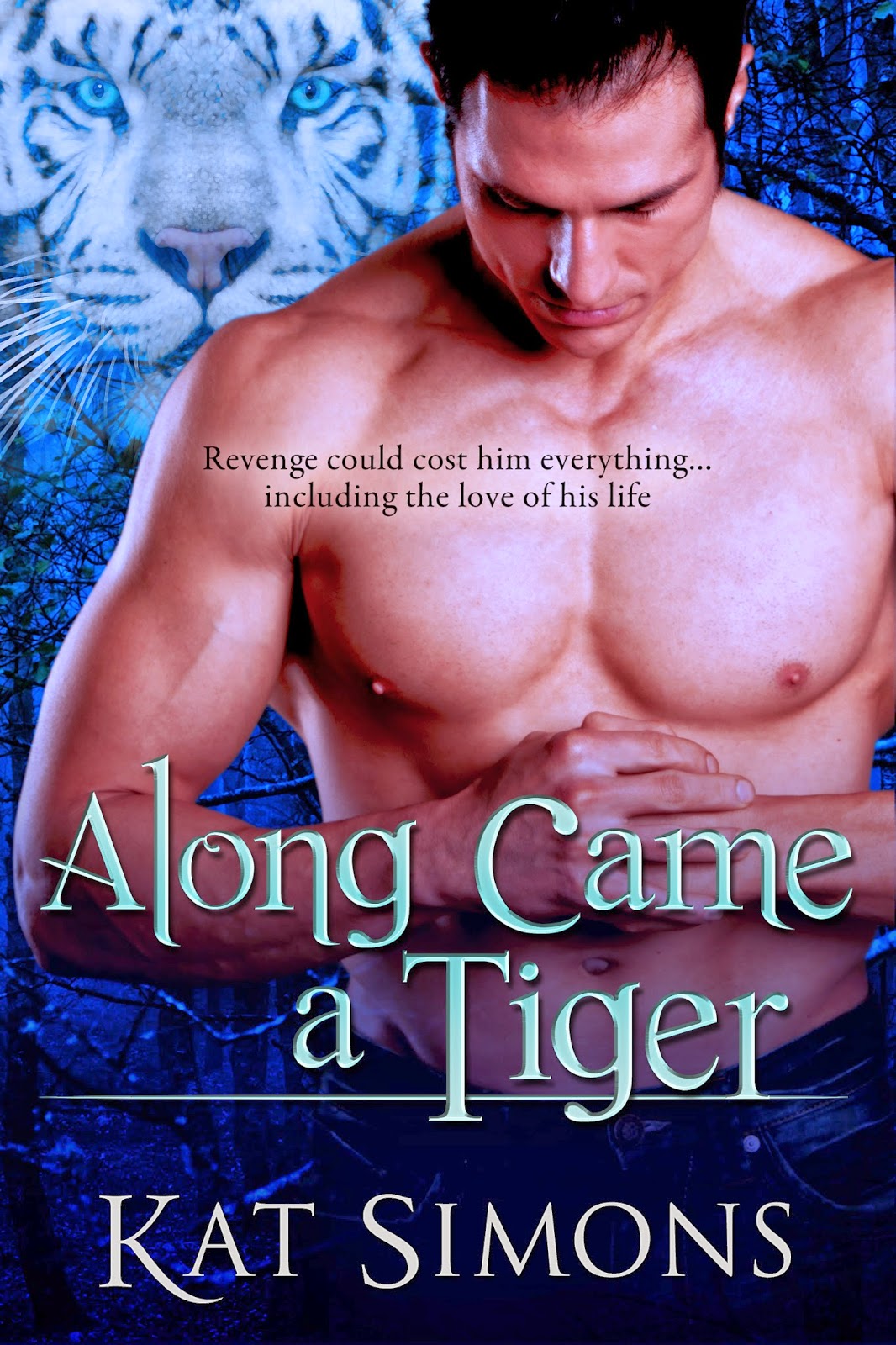 
Pretty, huh? *g* And yes, that's a white tiger in the background. Our hero shifts to a white tiger. More on the book--including an official blurb and an official release date--coming soon!

For those of you who are paying attention, the book is going to be released a little later than I hoped. After two months--literally!--of my boys and I trading off illnesses (first the oldest boy has a stomach flu, then the baby is sick, then I get sick just as the oldest gets hit with another stomach flu, then the husband gets sick, then the baby has an ear infection, then oldest boy throws up again... literally TWO MONTHS of this), I got the book to my editor late. The poor woman is soooo busy that we're still deep in edits to make sure the book is the best it can be. So the release will be delayed a little bit. Thank you for your patience! I promise to get it out as soon as it is as perfect as we can make it *g*

And I also promise to work in time for all these illnesses in the future :) (Kindergarten sends home way too many bugs!) As a little tease, Tiger Shifters #3 will be released this fall. And yes, illness time has been figured in to that release schedule *g* Thanks, everyone!

Happy Reading!
Posted by Kat Simons at 11:59 AM