Glorious May! New Release (and a new format!)

May is one of my favorite months of the year, not least because it's my birthday month. I turn 50 this year as well, and that's always a cool and momentous thing even if I have to turn 50 in the middle of a global pandemic. I'm still here, damn it. And I'm gonna celebrate that...

And to help me celebrate this lovely month, I have a new Paranormal Romance release! This is the crossover novel between the Cary Redmond world and the Tiger Shifters world. It's most definitely a romance, not a romantic urban fantasy. And I have two sexy nerd main characters. So this is kind of my sweet spot. LOL I hope you enjoy Cat and Dylan's story too! 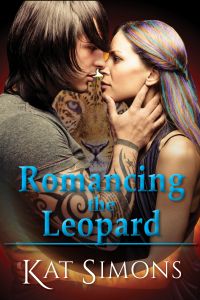 Their world is not what it seems…

Dylan Jones planned for this solar eclipse for two years. He got a prime site at one of the best locations in Oregon, and he intends to savor his last taste of freedom before he has to settled down and finish his Ph.D. thesis. He’s at the festival for sun pictures and maybe some all-night sky watching. And if he can manage it, some much needed time in his leopard form. He’s not there for a weekend fling. But the sexy genius in the site next to his proves too tempting to ignore. Something about Cat’s scent calls to his leopard, pulling him in like catnip, and he just can’t resist her.

Catalina Donovan came to Oregon for the solar eclipse, and only the eclipse. Getting away from New York and the constant pressure from the tiger shifter males to choose a mate only increases her determination to enjoy the festival. And the super hot guy in the camp site next to hers only adds spice to her vacation. There’s something about Dylan that draws her, something she can’t quite put her finger on. For someone like Cat, unraveling the puzzle of him is as tempting and enticing as his sexy voice.

But there’s more to Dylan than Cat knows. And more to their new relationship than Dylan wants to admit. As they countdown to the eclipse, and things between them heat up, Dylan must decide how much to admit to Cat, how much he dares tell a human. When tiger shifters show up to lay a claim to her, Dylan realizes he might just have to fight for her.

And a future neither of them expects.

For those of you old enough to remember the movie Romancing the Stone? I was feeling very nostalgic about that movie for reasons while I was trying to find a title for this book. Thus, the title. *grin* But I also liked the way it fit in with the Tiger Shifter titles.

And as a really cool twist that I did not see coming, the book is also available in hardback! I didn't think I'd be able to get it into hardback yet, so this was a pretty thrilling turn of events. A special little birthday present I wasn't expecting. I also didn't realize how excited I would be to have a hardback edition of one of my books. But I was pretty thrilled to get my little hands on it. The rest of my backlist will eventually go into hardback editions, and I'm hoping to keep the hardback editions rolling for front list titles as I'm able. But at least for this book, I get to add a little something extra for the release, and I'm frankly pretty delighted with it.

I have more Cary Redmond short story/novellas coming up in June and July, and then a short story to start a new spin off urban fantasy series. More on that soon!

Happy May! Stay safe and healthy everyone.